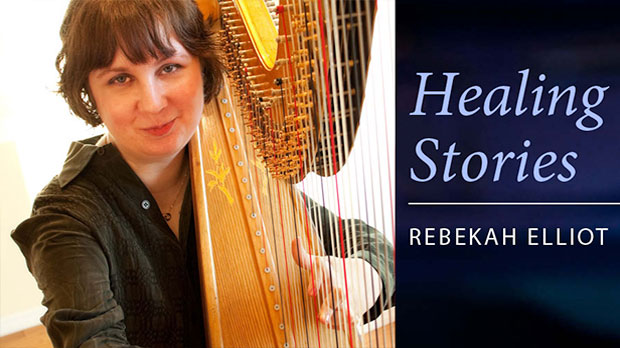 Inspired by music, Rebekah began playing the harp at age 9. This, despite a severe deformity in her hands caused by Juvenile arthritis, a disease that’s attacking her joints. The body’s immune system mistakenly believes it’s fighting a dangerous infection. But instead of destroying bacteria, it tears down healthy tissue, causing inflammation and pain. “Rebekah’s joints were very deformed,” says orthopedic surgeon Lorenzo Pacelli. “The fact that she could function as long as she did and even continue playing the harp, was incredible. Her joints had worn through almost 80% of her bone, so she wasn’t a good candidate for joint replacement. “Instead we used bone grafts to rebuild her hand,” Dr. Pacelli says. Following surgery, it took months of healing and physical therapy, but Rebekah is now back at the harp, making beautiful music and preparing for surgery on her other hand.

She was driving to the beach when it happened. Her voice began to slur and she lost control of her body and her car. Claire was having a stroke. Treatment usually depends on medications meant to break-up the clot and allow blood to flow freely again. That used to be the only hope, but now there are new approaches. Dr. Giuseppe Ammirati performed a state-of-the-art procedure. Using X-ray guidance, he inserted a catheter through a small incision and advanced it through the femoral artery all the way to the tiny arteries in Claire’s brain. Once there, he applied a clot-busting drug and broke up the clot mechanically—piece by piece—until it was gone. Incredibly, Claire’s feeling began to return just hours later and she’s now made a full recovery. “My life has new meaning now,” she says. “I really appreciate every day I’m given.” 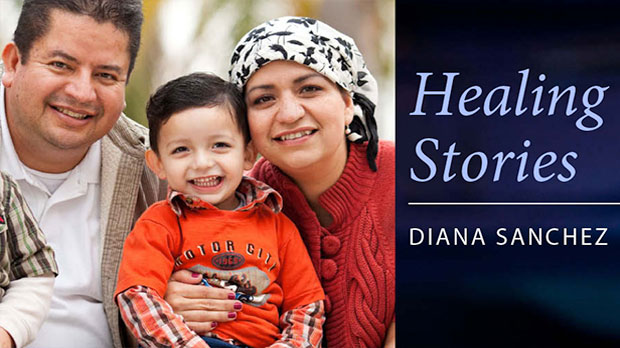 Diana had just returned from camping with her family and wasn’t feeling well, so she saw her doctor. “When the blood work came back, we knew immediately what it was,” says Dr. Marin Xavier, a leukemia specialist. “She had a type of leukemia that creates severe internal bleeding. It would have been fatal had we not caught it in time.” The first priority was to stop the bleeding and the spread of leukemia—something that can now be done with a vitamin A derivative. “It’s a new treatment that immediately begins to change leukemia cells back into normal white cells, and stops the internal bleeding,” says Dr. Xavier. More than 90 percent of patients with this type of acute leukemia are eventually cured of the disease. So far, Diana has undergone intense chemotherapy and two five-week treatment regimens. Her cancer is now in remission and she’s fighting to keep it that way.

Out for a bike ride, John was struck head-on by a car turning into his lane. The impact hurled him into the air and onto his back, causing considerable trauma to his vertebrae. “He was in spinal shock and he had a massive herniated disk,” says Dr. Scott Leary. “But when we pulled the disk off the spinal cord, I knew he might have a chance.” Within hours of surgery, John miraculously showed movement in his hands and feet. Regaining what he had lost would take intensive physical therapy. But John was determined to return to the active life he once had. Intensive therapy each day and the right attitude meant quick progress. “After only 14 days of in-patient rehab, and 21 days after my accident, I walked out of the hospital on my own,” says John. “Sometimes it takes a lot of people for miracles to happen. But I’m living proof they do happen.”